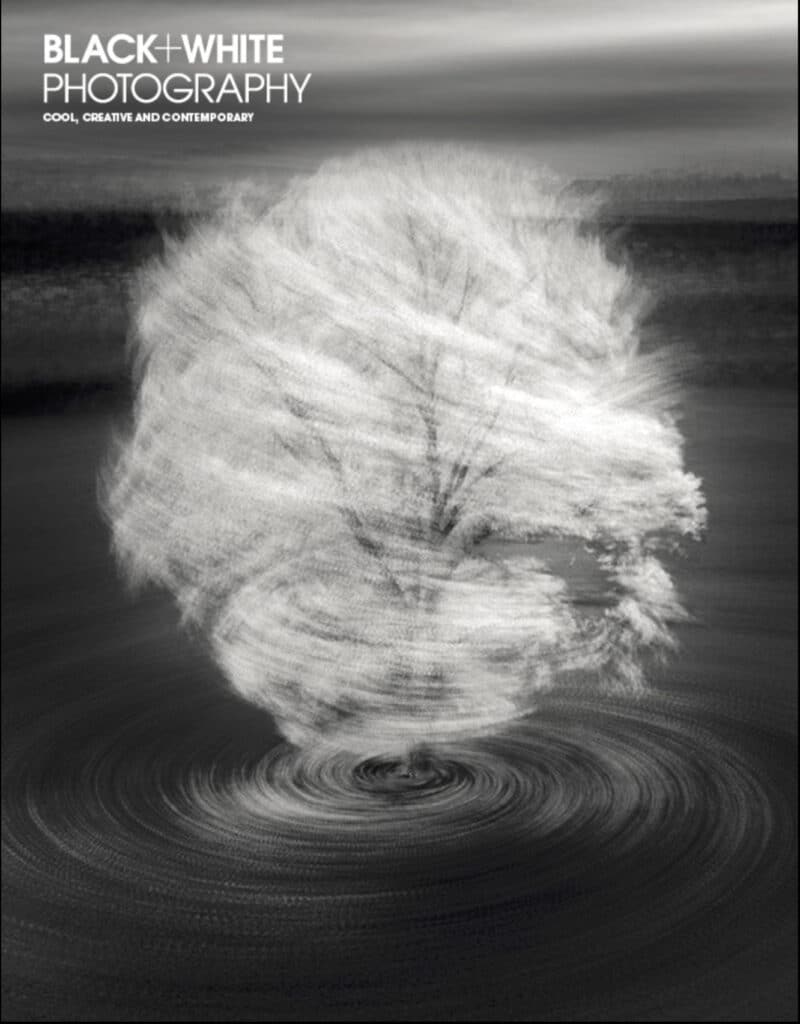 “Lev L. Spiro is best known for directing more than 165 television episodes, pilots and features, including Emmy-award winning series such as Orange is the New Black and Arrested Development and his films Minutemen and Wizards of Waverly Place: The Movie.  I’ve had the good fortune of knowing Spiro personally over the two crazy years, and I can say for certain, he’s one of those rare and wonderful individuals who are proficient at turning lemons into lemonade.  While his infectious humour and positivity can bring a smile to all, it’s his deep passion for creating despite limitation that’s hugely contagious.

Thoughout his career, Spiro has travelled outside LA a few times a year, and increasingly, those trips became vehicles for his photography.  While studying for a master’s in filmmaking, he designed a course for himself that allowed him to study visual composition through photography, but had no formal education in it beyond what he could glean from books or apply from cinematography.  ‘I became increasingly frustrated with my lack of ability to consistently translate the things that moved me in my travels into compelling images,’ he says.

Right before the pandemic shut all of production down in Hollywood, he began studying photography in a concerted way.  That proved to be great timing, as it afforded him the means to continue creating artistically without a production crew.

Spiro had always found great solace in his garden, so he married two of his passions by turning his lens toward his plants to create his first pandemic-inspired series, Fugitive Light. ‘I set out to convey some of the wonders revealing themselves to me in my gardens, but I was genuinely surprised to find that I kept making images full of darkness, both figuratively and literally,’ he says.  In his most recent series Night Creatures, he began to see and interpret that very same garden anew.  This latest series differs from the first, he adds, in that it’s more of a celebration of light and a desire to transport viewers to a place of wonder.

Spiro stumbled upon a new way to see and interpret his gtarden images that deeply inspired. ‘I’d been working on this gorgeous tangle of Aloe arborescens and trying to make it work compositionally.  After several days of wrestling, I had the idea to try converting the digital negatives into black & white, and some days later, I started to see these creatures emerging and interacting – not plants so much as sea creatures or star creatures,’ he says.  ‘And they were talking to each other, interacting.  I started to let myself wander the garden with an open mind and to accept the anthropomorphised properties I was ascribing.  Suddenly, there was a whole world there that I hadn’t seen before.’

Spiro uses a Nikon D610 and a Nikkor 24-70mm f/2.8 for most of the work in this series.  ‘In my film work, I like using shorter to medium focal lengths for close shots of people – they’re more intimate than standing back with a longer lens,’ he says.  ‘And because I’m anthropomorphising these plants so much, it just felt right to shoot more intimately as well.  I want us to be in their secret world, not observing it from a distance.’

Despite having a wildly successful directing career for 30 years, Spiro finds photography to be every bit as creatively engaging and invigorating, if not more so. ‘On the one hand, my experience of photography is much more immediate and direct – I don’t have to rely on my collaboration with a dozen other artists and scores of craftspeople, nor do I have to take notes from a half-dozen studio and network executives,’ he says.  ‘Even more powerfully, I believe a still image creates engagement with a viewer that allows for more dialogue.  As a filmmaker, I’m bombarding people with 24 images per second and a constant stream of music, dialogue and effects, manipulating their emotional experience.  The viewer of a still image has the time and space to bring their own emotions, perceptions and questions to the art.’

Night Creatures is ongoing, but Spiro has a new project simmeriung that focuses on the constructs of light and time.  The project involves multiple exposures over the course of a day, which are then recombined to show a subject under multiple lighting conditions.”   – Susan Burnstine 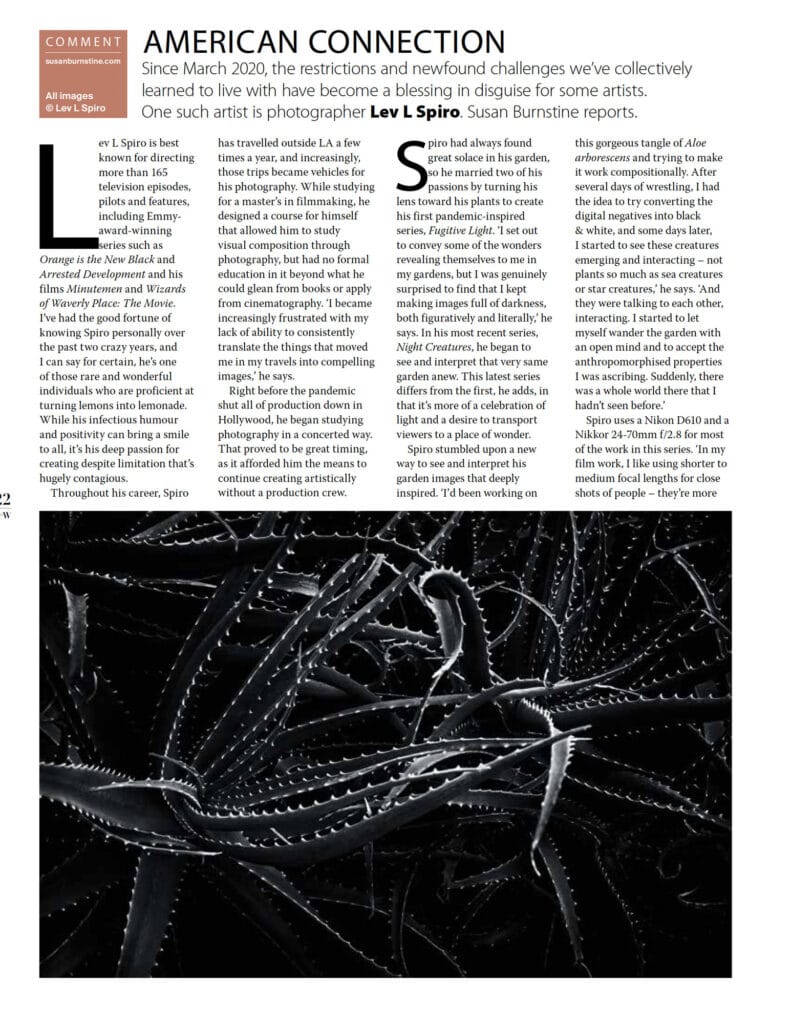 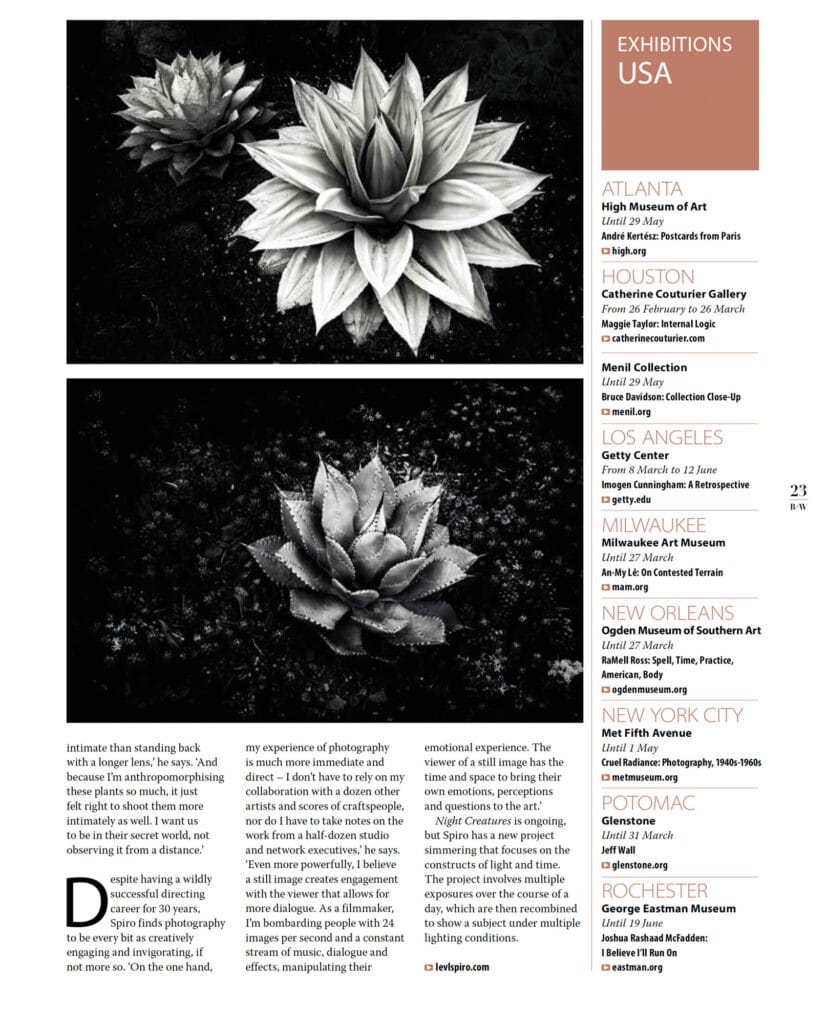